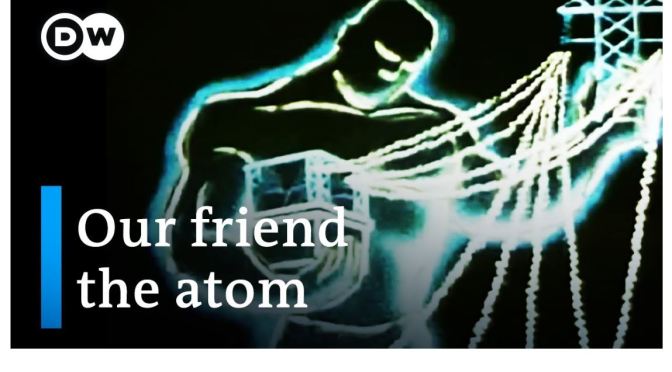 The USS Ronald Reagan cruised into a radioactive cloud from the Fukushima nuclear power plant in March 2011. Sailors on the aircraft carrier were exposed to radiation. This documentary looks at the event and what came before it. The discovery of the atom and radioactivity are among the most important advances in 20th Century science. This film provides a comprehensive, historical examination of a century of radioactivity. At the same time it remembers the victims – from the Curies to Fukushima.

The film-makers visit Japanese families who sued Tepco, the operator of the Fukushima reactor, after their children developed thyroid cancer following the tsunami and subsequent nuclear disaster. Sent to help tsunami victims, sailors from the USS Ronald Reagan give detailed accounts of what happened on board the carrier. Radiation victims on both sides of the Pacific recount their difficulties in getting information. The film also introduces others harmed by industrial and military secrecy over the issue. Among them are fishermen and veterans exposed to radiation during the nuclear bomb tests on Bikini Atoll, Hiroshima survivors and young women who worked with radium in US factories in the 1920s. Radioactivity is invisible and odorless, yet very harmful to life. A Japanese doctor tells viewers how radioactivity affects the human body, why it causes cancer, and what can be done to shield people against it.