From a Telegraph.co.uk online article by Thom Gibbs:

The first question is often ‘why haven’t we been back?’ Fifty years since humans stepped onto the surface of a foreign planetary body there has not been another event to rival it. Not in space, nor back here on Earth.
There have been enormous leaps forward. The Large Hadron Collider, the internet, the fidget spinner, but there is no match for the romance of our first moonshot. It is quite possibly the only achievement of our time which will be remembered centuries from now.
The audacity and aesthetics of Neil Armstrong, Buzz Aldrin and Mike Collins’s journey still resonate. Their mission was so perilous that Richard Nixon had a speech drafted in the event the astronauts did not come home. “Fate has ordained that the men who went to the Moon to explore in peace will stay on the Moon to rest in peace,” it read. “These brave men… know that there is no hope for their recovery. But they also know that there is hope for mankind in their sacrifice.” 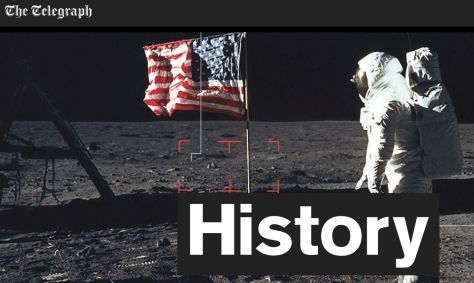