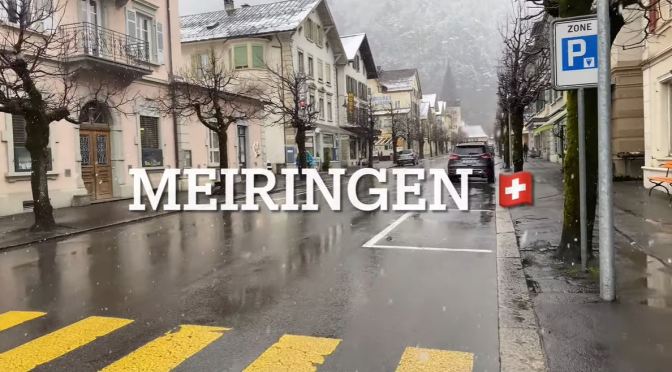 Meiringen is first mentioned in 1234 as Magiringin. Due to its strategic location at the foot of several alpine passes, the area around Meiringen was settled at least in the Early Middle Ages. The first village church was built in the 9th or 10th century. When it was destroyed in a flood the new church of St. Michael (first mentioned in 1234) was built about 5 m (16 ft) above the old church. The current church of St. Michael dates from the 15th century and was renovated in 1683–84. The Restiturm castle was constructed in the 13th century, whilst the Wyghus fortress in the Brünig Pass was first mentioned in 1333, though it was destroyed later.