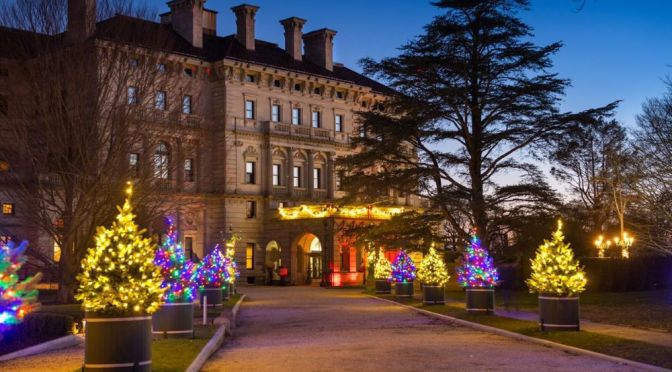 The Breakers is the grandest of Newport’s summer “cottages” and a symbol of the Vanderbilt family’s social and financial pre-eminence in turn-of-the-century America.

Commodore Cornelius Vanderbilt (1794-1877) established the family fortune in steamships and later in the New York Central Railroad, which was a pivotal development in the industrial growth of the nation during the late 19th century. The Commodore’s grandson, Cornelius Vanderbilt II (1843-1899), became Chairman and President of the New York Central Railroad system in 1885, and purchased a wooden house called The Breakers in Newport during that same year.