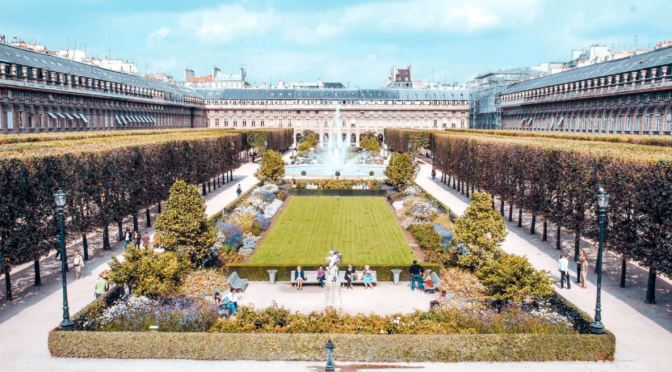 The Palais-Royal is a former royal palace located in the 1st arrondissement of Paris, France. The screened entrance court faces the Place du Palais-Royal, opposite the Louvre. Originally called the Palais-Cardinal, it was built for Cardinal Richelieu from about 1633 to 1639 by the architect Jacques Lemercier. Richelieu bequeathed it to Louis XIII, and Louis XIV gave it to his younger brother, Philippe I, Duke of Orléans. Philippe and the succeeding dukes of Orléans made such extensive alterations over the years, almost nothing remains of Lemercier’s original design.

The Palais-Royal now serves as the seat of the Ministry of Culture, the Conseil d’État and the Constitutional Council. The central Palais-Royal Garden (Jardin du Palais-Royal) serves as a public park, and the arcade houses shops.